The Blonde Young Woman and the Vinemaker 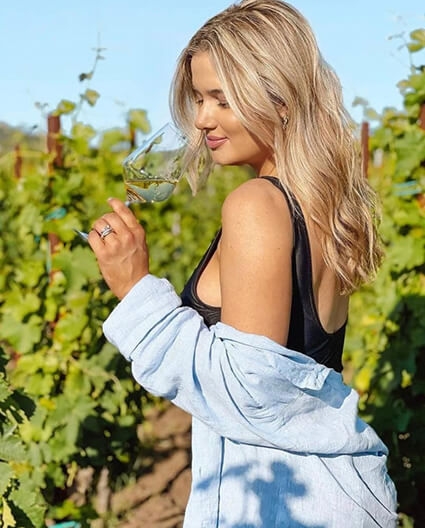 Today, in my place, we are celebrating the festival of light. I would like to take this opportunity to send you some great energy. I would like you to free yourself from the blockages that prevent you from moving forward and making your wine estate progress as you deserve. To do this, you probably need a different perspective on your situation. It’s not very complicated, but I need you to give me your full attention. Take a few minutes to hear what I have to say. I’m going to use a joke, the one about the blonde who goes on vacation to the beach. You may know this story that takes place on a plane.

The joke about the blonde who takes the plane

The plane is about to take off for a heavenly destination.

Inside, a young blonde woman with an economy ticket choses to sit down in business class. She sits comfortably on the wide seats. She spreads her legs and takes advantage of all the space.

Her behavior is quite surprising. She does not lack nerve!

The steward, embarrassed, comes to see her and gently explains that they have checked and that her ticket is in economy class. So, she can’t stay in business class.

The young woman does not give up and replies: “No, I’m blonde, I’m going on vacation, so I’m staying here.”

The steward does not want to make a fuss, he is a little embarrassed.

So, he goes to look for someone to help him to solve the problem.

The purser in turn tries to persuade the young blonde woman. She tells her that she has paid for an economy class ticket, that business class tickets were much more expensive and that she really can’t stay there.

Once again, the young woman was unperturbed and told the purser that she was blonde, that she was going on vacation, that she needed the sun… and that she would not move!

The purser and the steward don’t know what to do.

Then they call the co-pilot to intervene. The co-pilot gets nothing more than his colleagues.

A more convincing argument than the others

A passenger who had witnessed the whole scene took part in the discussion. He explains that he works on the Internet and that he will have no trouble handling the case.

Surprised, the others let him try his luck.

The man leans over and whispers a sentence in the ear of the young blonde woman.

Immediately, she takes her things and gets up to sit in economy class.

Everyone wondered what the man had said to convince the pretty woman to change her seat so easily.

Do you want to know?

The moral of the story

Beyond the joke, what can this joke tell us?

Just replace the young blonde woman with a winemaker or a wine professional.

For the winemaker, the situation is reversed.

He paid for his business class ticket but he stubbornly remains in economy class!

His ancestors paid a lot of money so that he could travel comfortably. But nothing can be done, he is blocked by his limiting beliefs.

Because he is a winemaker, because he has received this encoding since he was a child, he thinks that he is not entitled to great luxury. He has the VIP ticket in hand, but he doesn’t even look at it.

To help him, I put a video on the Internet explaining that he has the ticket for the higher category. What is he still doing on the narrow seats?

So the wine professional continues to answer tirelessly that no, since he is a winemaker, he can’t sell for more than his appellation.

Refusing to see the obvious

I broadcast a second video, where I show him that he can make 10,000 euros in sales in 48 hours with the margins he wants. His customers will be delighted to be delivered quickly, with an extra service, wherever they are, in London, Paris or elsewhere!

And there, once again, like the blonde, the winemaker answers that it’s nonsense! He doesn’t want to hear that he paid for his first-class ticket.

The professional prefers to stay in the back, to participate in exhibitions far from his farm, to take the road and drive miles to sell his wine.

He could stay at home and automate his prospecting, but no! The winemaker chooses to drown in the crowd and stay where he thinks he belongs.

Why would he make such a good turnover in a short period of time by letting the sales pile up with the automation of his business?

He’s a winemaker, he wants to stay where he belongs.

So, the only option I have left to convince him, to convince you, is to tell you that the plane you are on is not going where you think it is.

You’re sitting on a plane in economy class but forget about your heavenly destination. You’re not going to get there if you keep doing what you’re doing.

I am highlighting this situation for you. You are sitting in economy class while holding your ticket for the next category.

In the end, the plane you’re on will never take you to the perfect place you’ve been dreaming of.

I insist that you board with me the plane of the new wine economy.

The one that will take you where you deserve to go. With me, you can make the journey you paid for, for which your ancestors also gave a lot. 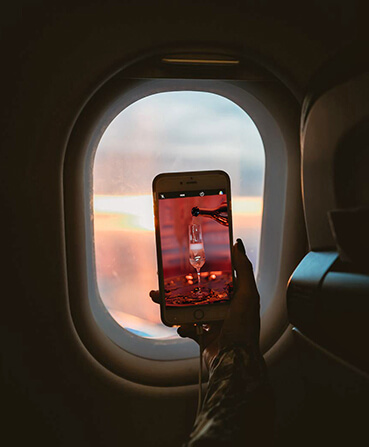 Welcome aboard, the aircraft is about to take off. Ladies and gentlemen, straighten your seats, fasten your seatbelts, and enjoy the flight that will finally take you to your dream destination. Remember, you are sitting in business class. Attract more customers to sell your wine, champagne, or spirits better. Transform your life as a winemaker, sell your bottles in streaming and automate your prospecting in your own country and abroad. Find prospects and customers in unlimited: all this is within your reach. Join us on board the iD-ViN 2022 flight to the new wine economy. To travel even more comfortably, join our club. Come and meet the crew and get more information about the services offered by the company: contact me. We would love to have you on board. We are waiting for you to fly to new horizons!